So, I'm back from Reading festival, well I got back yesterday but I've only just got back to reality, with a lot of sleep, a really long hot bath and home cooked food. So glad to be home, however I loved the festival it was amazing. I was a bit apprehensive at first seeing as it was my first ever festival and wasn't sure if I would enjoy it, as I was going to be camping in a cold field with strangers all around.
However once I got my tent up and had all my friends around me a fire going a drink in hand, I felt a bit better, and the weekend became the best weekend ever!
As you can tell by my sun burnt excited face here... 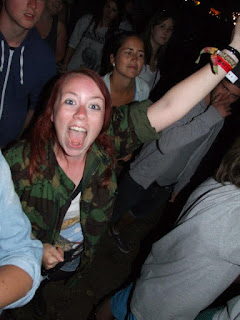 I worked out I saw 23 bands over the three days, which works out at about £9 for each band, which is pretty amazing, seeing as I saw massive bands such as the mighty Foo Fighters, the completely insane Florence and the Machine, the amazing Black Keys, among so many more that I just love. I may have to make a pay list of all the music I saw over the weekend and I have already re watched the Foo Fighters set with my Dad.


Here's a photo of the happy campers and I plus a random pink haired photo bomber on the left. This was just before the Foo Fighters on Sunday night! Best night of the whole weekend, I couldn't believe how great it was, seeing as a dream of mine for so long was to see them live. 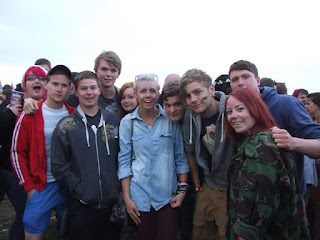 When they finished their set, the canons went off and thousands of what we thought were confetti fell to the ground, just where we were all standing. As soon as they came a bit closer and we were all jumping to catch whatever it was, we realised it wasn't any old confetti and was custom made dollar bills. I grabbed a couple and after looking at them we found that they were marked with the days date and loads of little messages all over it. Amazing! They then played their encore which ended in Everlong, it was the best gig of my life. 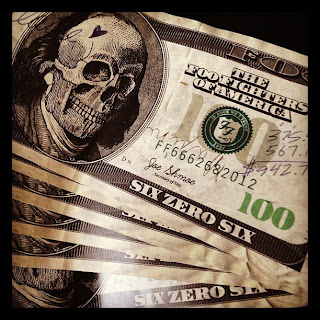 If you wanted to know my camouflage jacket by the way, it served me well, so glad I bought it before going. (from a friend, for a fiver!) There were a lot of people also wearing camo jackets, I would see at least 30 people a day! There were also vintage stalls selling them all around the site, so we can now say that most people will or already have grabbed onto the grunge trend.
All in all I had an amazing weekend, full of laughter, jumping, singing, dancing and friends. I would love to think I will go next year but I'll have to see the line up before buying a ticket.
Now off to watch highlights on bbc Iplayer. 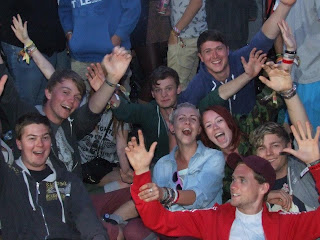 Did anyone else go to a festival this summer, what were your highlights and would you recommend the festival?
Also did you notice many people wearing a certain thing, adhering to a certain trend whilst at the festivals?
x
Posted by Unknown at Tuesday, August 28, 2012