'Lengthens, curls, volumizes, lifts and separates'. Our jet black, long-wearing formula won't smudge or dry out!' - according to Benefit.
This mascara is apparently the fastest selling mascara in the world - selling one every 15 seconds. I came across it yesterday when I attended a Beauty evening at John Lewis, it was a employee's only evening, which is always great because you get free gifts whenever you buy anything, as well as discount.
I bought the Benefit mascara, I have previously used their 'Bad Gal Lash' mascara, which I wasn't all impressed with, but it has a nice soft brush and is quick and simply to apply. But I thought I would give the 'best selling' one a go. It's RRP is £18.50 so I figured it must be really good, seeing the price was similar to other high brands such as Bobbi Brown. 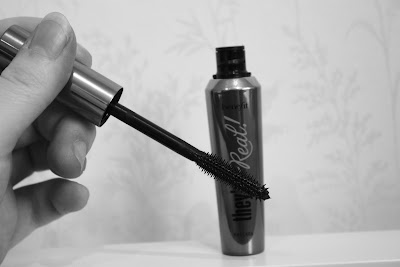 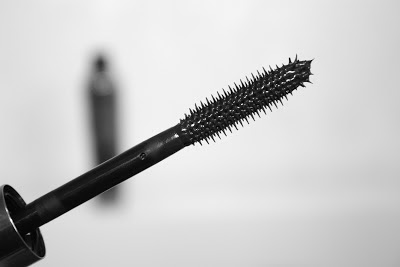 Benefit have used a hard plastic brush, which is really great for picking up the tiny lashes, however I find these kinds of brushes too hard, so it's uncomfortable to apply. Even though it does pick up quite a few extra lashes, otherwise missed by other mascara's.
The brush is a good size, it's not too large, so you don't have the risk of accidentally poking yourself in the eye! (Maybe that's just me) 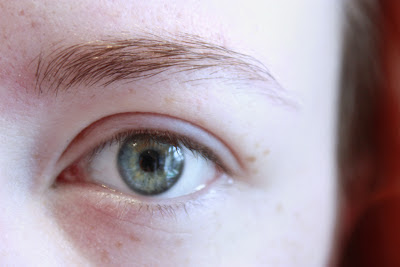 Before trying the mascara; no make up on at all. My eyelashes are very straight and also not very long, so finding a mascara that really does lengthen AND curl is difficult. 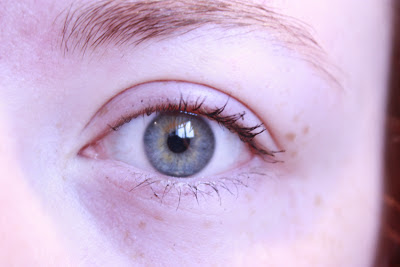 This is after one coat, which went on really nicely, added a small amount of curl, picked up a few extra lashes, all in all it was a nice subtle day time look.
I then added a second coat, too see how much length and curl I would get, however it did not end well at all! I don't know if it's because I don't have an eyelash comb or what, but my eyelashes clumped up like there was no tomorrow. 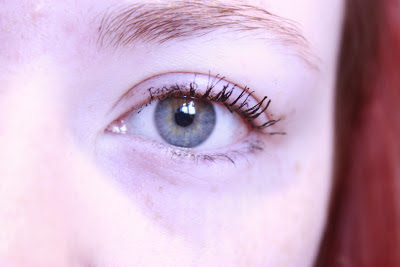 They look messy and horrible, which I was very disappointed about, seeing as on the packaging for this mascara, it says 'lifts & separates' and it clearly does not separate, however there was a bit more lift in the second coat. The mascara stays wet and tacky for too long, making it impossible to add another coat successfully.
When I use this again; because I don't have enough money to buy another mascara, I will only put one coat of it on, because it looked quite nice and subtle before adding the second coat.
Have you ever tried this mascara, what do you think about it?
x
Posted by Unknown at Thursday, November 15, 2012